Raggedy, Raggedy Are We is one of the songs of John L. Hancox (1904-1992) who knew about the life of a poor cotton farmer all too well.  I remember some of the stories that my father told me about having to pick cotton in Memphis as a child in the 40's.   Take a moment and listen to the song.

The Southern Tenant Farmers Union was formed to protect tenant farmers.  Handcox had to escape Arkansas for Memphis leaving his wife and family behind and those who sought to hang him for his support of the STFU. This is the same path my family took leaving Mississippi to Arkansas and on to Memphis.


"Born in Brinkley, Arkansas on February 5, 1904, to a large African-American family, Handcox knew the hard life of a poor cotton farmer early on. His father, the son of slaves, owned animals, tools, and even some land in eastern Arkansas, near -- but not in -- the fertile Delta of the Mississippi River. Handcox joked, "You couldn't even raise a fuss on that land." Even though the earth was poor and they had to raise cotton on other people's property for money, their land ownership gave the family a measure of security that many other farmers of the era did not enjoy. Young John even attended school up to the ninth grade, much longer than many of his peers, and idolized the poetry of Paul Lawrence Dunbar. With Dunbar's work in mind, Handcox first began writing his own poetry and songs.


When his father was accidentally crushed to death by a wagon in 1921, Handcox and the rest of his expanding family entered some particularly hard times. They lost their homestead, leaving them no choice but to live and work others' land as tenant farmers. During this time, many people -- both black and white -- made a precarious living as tenant farmers raising cotton in the rich lands of the Arkansas Delta region and throughout the South and Southwest."   See The Planter And The Sharecropper.

Listen to internet radio with savingstories on Blog Talk Radio

About Peonage by Robin Foster is licensed under a Creative Commons Attribution-NonCommercial-NoDerivs 3.0 Unported License.

Welcome to About Peonage


The purpose of About Peonage is to help African Americans learn more about the history of the Southern economic system, forced labor, and record types.

Peonage is an illegal institution which forced thousands of African Americans to labor against their free will for several decades after 1865. New labor laws instituted after slavery provided for as close a labor system to slavery as would be allowed.

The freedmen were forced by the Freedman's Bureau and Southern states to enter into labor contracts. Laws such as vagrancy, changing employment, and leaving property before harvest was over was strictly enforced and brought fines and imprisonment.

The system ensured that debts mounted and would never be satisfied leaving tenants living forever in this state on plantations.

Unfortunately, the history of African Americans has been reduced to the history of slavery. Without an understanding of the legal system during the years after slavery, we miss a wealth of genealogical records which were generated between the years 1865 and 1945 into the 1970's.

We must research the historical documentation generated by the Black Codes, Freedman's Bureau, Jim Crow laws, NAACP, and records generated on the county, state, and federal levels to find the records that provide a wealth of genealogical data about our ancestors. Cases of Peonage were still being filed in the 1970's.

Most genealogical researchers are silent on this issue, however, we must start with ourselves and work backwards through all record-types not just the ones commonly used if we do not want to hit the 1870 challenge that exists for most African Americans. 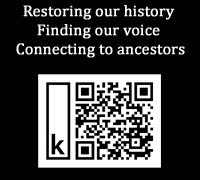 After the Emancipation "Sharecropper's Re-enactment"


The Re-enactment of a sharecropper from the South.

About Our Freedom Community Page

Promote Your Page Too